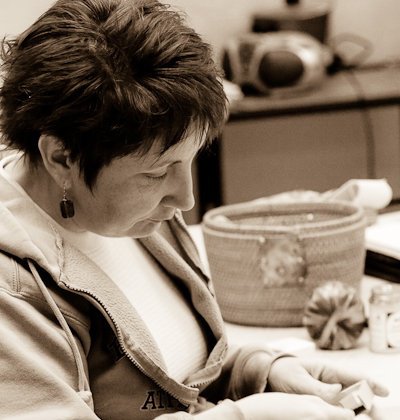 Debra Eck is an internationally exhibited book and installation artist who works primarily with paper, text and thread. Originally from Essex in the UK, she has lived and worked in upstate New York for over 20 years. Debra received a BFA in painting from the University at Buffalo and an MA in Visual Culture from the University of Northumbria in Newcastle (UK). She teaches as an adjunct at Jamestown Community College and for many other arts and cultural organizations.

Debra has been the recipient of many grants and awards; most recently she was awarded recognition by the YWCA as a Woman of Achievement in Arts & Culture in part for her work in founding and directing a women’s art biennial “Women Create” in Western New York.