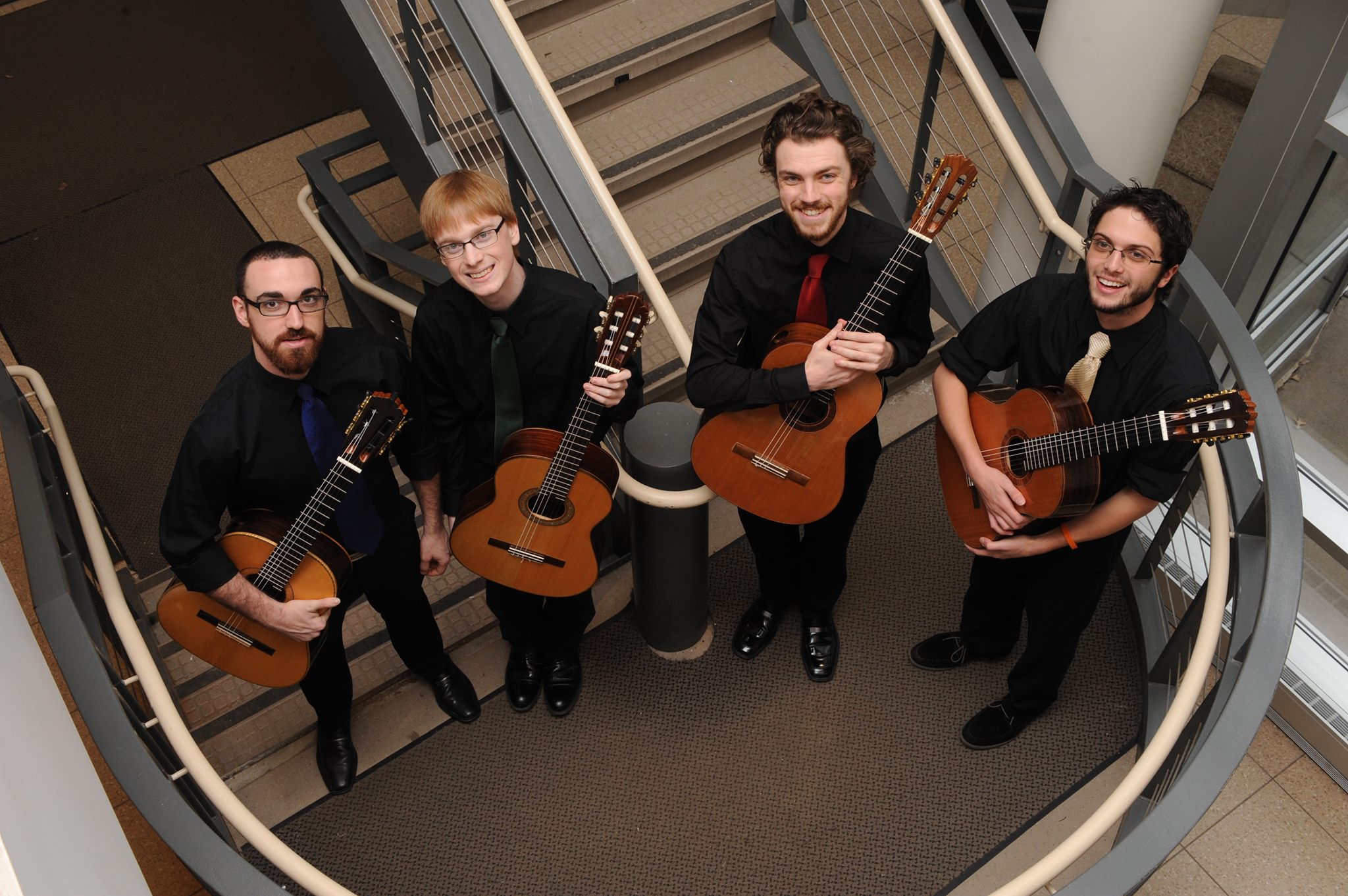 The Fredonia Guitar Quartet will be in Jamestown the second week of March for a special taping of Trinity Guitars’ Back Room Radio Hour. The event will take place at Infinity Visual and Performing Arts on Thursday, March 12 at 7:00 p.m. and is free and open to the public.

The Fredonia Guitar Quartet is one of the select touring ensembles at the Fredonia School of Music, State University of New York, and carries on the tradition of guitar ensemble playing from its director, Distinguished Professor James Piorkowski. For 18 years, Piorkowski was a member of the internationally acclaimed Buffalo Guitar Quartet, which Guitar Player Magazine called “one of the world’s premiere classical guitar ensembles.”

The members of the Fredonia Guitar Quartet are:

In past years, the Fredonia Guitar Quartet has performed in France, Germany, Spain, Venezuela, Bulgaria, Romania, Hungary, the Czech Republic, Slovakia, and has also traveled in the United States, where they have performed at numerous universities and guitar festivals.

Of special interest is the fact that all four guitars have been built here in Jamestown by luthier Jim Holler. He will also have additional Holler-built guitars on display that evening.

This concert will be a special edition of the Trinity Guitars Back Room Radio Hour, which is broadcast weekly on WRFA (107.9 FM Jamestown, NY). It will be recorded and broadcast on the station and streamed at www.wrfalp.com on Monday, March 16.